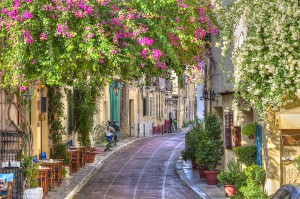 Slowly but steadily a movement is building to get our money back into activities we can see and touch, originating from the mandate to shop local and the 100-mile ground rule. This idea of investing locally has recently developed a head of steam and has started to reveal ways to make local economies more vital. However, to become truly meaningful, the idea of local money will need a lot more dialogue.

As an economist, I am aware of lots of arguments that are highly reactive to what we hate about big money and business, which is the wrong place to start. If we reject capital and business out of hand, we risk throwing the baby out with the bathwater. One promising counter effort, relying on more global thinking, is Keven Jones’s and Tim Soerens’s Neighborhood Economics, launching this fall at SoCap16. They are working in partnership with Balle, to launch this conversation and inviting all of us to engage in taking local to the next level.

Personally, I’m excited about this effort, after having been closely involved with several well-intended but now floundering efforts to act. What I will add to the conversation at SoCap is based on a question I am frequently asked, “Why do you continue to work within the capitalist system instead of pushing to create alternatives?”

There are several reasons why I favor a form of capitalism over cooperatives and not-for-profits. The first is that for-profit businesses, especially entrepreneurial ones that take on the development of their people, are better able than other organizations to take responsibility for their effects on other people, other organizations, local ecosystems, and the world at large. Second, these businesses can more directly and more seriously evoke deep caring among all of their stakeholders. Third, they are the only form of organization that fosters personal agency, which is core to human fulfillment and the ability to make beneficial contributions.

However, there are some conditions that must be met if these capabilities are to be realized. One of my favorite ventures in the direction of local investing is Community Sourced Capital in Seattle, a program that makes small, short-term, zero-interest loans to local businesses. Their intention is to avoid usury, which is common in most money processes, and for this reason capital is sourced from community-minded local investors who are repaid, but with no interest or premiums.

This model is far outside the familiar notion that its best fit would be with religious communities who forbid interest, a very limited market. And it turns out that CSC is rethinking and restructuring, having failed to secure its next level of funding. Thus conversation that Neighborhood Economics is inviting us to attend is ripe for creativity. How does a local economy avoid becoming just another extractive system? Good question!

Interestingly, local was originally the assumed platform for capitalism. Building on the thinking of John Locke, Adam Smith formulated the idea from which we derive modern-day capitalism. In Smith’s time (circa 1770), there were fewer than a million people in London and fewer than a billion on the entire planet—and this billion was far less aggregated into cities. The capitalist construct was conceived with the idea that people would be much closer than we have become to everything they engaged with or put money into. In 1770, very few people were investing, and they were more venture capitalists than investors, local even to the adventurers they funded to colonize and build trade around the world. There was no instant access to capital, such as we have now with the internet, and no concerted effort toward globalization.

With globalization and for about the last 50 years, we have become less and less able to live out the conditions necessary for core human fulfillment—conditions that capitalism requires of us in order to work and that it positions us to create. In the first place, we no longer know the effects of our choices. And, as the result of our distance from investments and reliance on third-party reporting on returns, we have moved away from caring about these effects. We have become passive in our choices of where to put our spare change.

Capitalism falters under this shortfall. Neighborhood, which implies connectedness more strongly than local, is a logical focus for our thinking about economies, one that will help bring us back to the basic human requirements of healthy enterprise. And this is far better than imagined alternatives to capitalism.

The move to economic alternatives inevitably leaves behind the rich opportunity to make human characteristics forefront. For example, although cooperatives state their intentions to operate responsibly, they fail to develop the three core characteristics of a responsible, entrepreneurial business. Instead, they almost always end up distributing responsibility to external locations of control and focusing caring on members only, to the neglect of other beneficiaries. Co-ops also hand their members’ collective agency over to governing boards. The same shortfalls occur within not-for-profits, which tend to focus their program efforts on funder guidelines and core stakeholders at the expense of all else.

Of course, most businesses also don’t develop the capabilities and create the conditions to make capitalism work. But unlike the increasing number of responsible businesses evolving today, co-ops and not-for-profits do not depend on and place at the forefront the human characteristics that are core to self-governance, a working democracy, and working societies. So I, for one, am thrilled with the idea of a dialogue around neighborhood economics. Let the capitalism games begin! But let us keep in mind what it takes to make any economic system work, if it is also to foster individual humans as contributors within the system.

Carol Sanford is a business development consultant and educator to Fortune 100 executives and Rock Star Entrepreneurs and the author of the multi-award winning books The Responsible Business and The Responsible Entrepreneur.
View all posts by Carol →

Get a free white paper on how to create strategic change in your organization. We won't spam you and it's easy to unsubscribe.