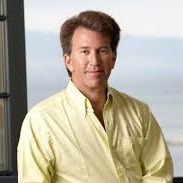 Lately there’s a lot of conversation among business people about “doing good” in the world, rather than settling for doing “less bad.” Two weeks ago, at Sustainable Brands 2011 in Monterey, California, the conversation became a little louder and more intense—partly because Jeffrey Hollender was present. He has been using this language for the last few years everywhere he gets a chance. It is interesting to watch people guessing and theorizing about what he might mean. It reminds me of the problem the Catholic Church had with Galileo and his arguments for the heliocentric universe.

Galileo’s claim that Earth revolved around the Sun and his reliance on physical evidence to establish it challenged the long held belief that Earth was the center of the universe and that all else was oriented around it. Their naked eyes told Church leaders that Galileo was wrong. Their error lay in the framework—or the paradigm—that they used to make sense of what they eyes saw.

Doubting that Earth revolves around Sun seems ludicrous to us now, in modern times, but many of us can’t see that they’re limited by a similar inability to perceive what’s new and challenging in the world of sustainability issues. This is true even when we shift to an idea like doing good rather than doing less harm. In today’s terms, the Church leaders were “anthropocentric.” They believed that humans were the acme and the center of all life. They were blinded by this false paradigm and so are we in our conversations about sustainability. Our own anthropocentrism has led us to believe the argument for doing less harm and is now leading us to believe the argument for doing good.

One aspect of the paradigm is the placement of humans outside of ecosystems. This is evident when we talk about “the environment” and “the Earth” as if they were outside of us, affecting us, and vice versa, as if we were outside of them, affecting them. It belies the truth that humans and Earth are “interactively living.” The fictional place that we call “the environment,” is based on a different worldview than this one of interactive living, in which “we are all one ecological living entity.” You can see this entity in pictures taken of Earth from outer space. We are not differentiated into humans and environment, and certainly not into humans versus environment, and this is not just a matter of magnification.

A related aspect of separating ourselves from Earth and creating “the environment” is that we are limited to seeing only parts and pieces, not whole, living dynamic entities. We see rivers, then we see trees, then we see fish, and then we see water. Rarely in our minds do we connect trees, fish, and water to rivers. We do not see Lifesheds in which entire bioregions go through dynamic cycles of decay and regeneration. (It is anthropocentric to call Lifesheds “watersheds” or “foodsheds,” emphasizing what we believe they yield for human use.)

In reality, there are no parts and pieces; there is only the place-identified work of life in the process of making and evolving itself. That is a Galilean view. The fragmented causes around which people do good usually arise from a false belief that we can do something to a part and thereby accomplish a good result. This kind of good result is defined in human terms independently of Lifesheds.

As a result, people give money to help the poor or they sponsor riverbank restoration or donate to community schools, or they ask businesses to reduce packaging. None of these are necessarily inappropriate. Most conversations are about “us” doing something for “it.”  They are not yet about “deep good,” which happens integrally, in a how a business does its work, not in what it does after the fact. It is not “giving back”; it is “giving as.”

I worked with Jeffrey Hollender for almost four years, bringing Living Systems thinking to Seventh Generation and helping him develop systemic thinking to go beyond less harm. He has generously acknowledged my role, and as a result, I have been asked many more times than I can count, What does it mean to do good in a business setting?

The term “doing good” is an unfortunate choice of words because it does not accurately express what is needed. I speak of a comparison between “arresting disorder” (slowing down the train or tapping on the breaks to decrease the time to crash and reduce impact) versus that of “working to evolve a living order.” That is too complicated for Jeffrey and others to explain in short conversations, and therefore many have adopted the sound byte, “do good.” But this does not communicate what it means to shift to a paradigm that is not based on human-centered views. The focus on doing good is dragging the baggage of the “only less bad” paradigm into the new conversation. This blog post is an attempt to say what I meant when I offered these ideas to Jeffrey a bit over six years ago now.

A Paradigm beyond Less Harm!

We’ve just celebrated Father’s Day, so here’s a fathering metaphor that makes the distinctions very graphic (reader advisory applies!). Doing less harm might be equated with beating your wife and children less often in order to hurt them less. Doing good could mean you also take them out to dinner once in a while or to the movies—either because in your heart of hearts you want to be a “good dad” or to make up for your abuse.

In contrast, to work toward evolving a living order means that you understand the uniqueness of each member of your family and engage them to live up to their full potential. In this view, you do the work to make the system healthy, one in which everyone thrives and contributes. You work so that each and every person can grow and make a difference. Your family members build their capability to be generators of value in the world and express who they are uniquely. On the do less harm side you also do work on yourself as a father; you attempt to be less harsh and try to be absent less often. However, only working to strengthen your fathering does not make your family healthier. And you do not become a good father in this way.

It takes a great deal more effort to create a healthy family. You have to answer questions about how healthy families work, what is unique about the make-up of your family, and how can you create healthy family dynamics to foster that uniqueness.

So how does this metaphor transfer to business? I released a book two months ago, The Responsible Business: Reimagining Sustainability and Success, to answer the question, What does it look like and how do we do it? The book includes a few stories from the work that was never completed at Seventh Generation for all the reasons Jeffrey stated and some he did not. It also includes stories of Fortune 100 companies and small local businesses that have experienced how serving their shareholders is better accomplished by working with evolving life than primarily giving attention to cleaning up the harm they have done in the past.

1. Foster a system as a whole according to how it works when it is evolving and healthy.

Understand how the system (a family, business, or Lifeshed) works and what makes it function and evolve most effectively; how each entity within the system, in its unique way, is making that happen. For a business, this includes understanding the communities it affects—those in which its offices are located, from which its materials are sourced, where it goods are sold, where it creates waste—not just to “give back to” them (do some good) but also to increase their vitality and viability and the vitality and viability of their persons, economies, and ecosystems.

2. Enable each entity to realize its full potential to contribute to the working of the whole system.

A business learns to ask, What does each entity contribute to the working of the system as a whole and how can we support that? For example, the palm oil used in many cleaning products comes from trees that grow “somewhere” specifically. But do those communities become strong economically from supplying the oil? Even if Fair Trade? Does the one business you buy from treat its people fairly or (and it often is OR) do they use water conservation and other preservation practices while not supporting life in the whole. The palm plantation and factory may be located so that the Lifeshed in which they are positioned cannot do the work of moving nutrients up and down a mountainside or in and out along a river. To reduce the damage of having located them there is mitigating—doing less harm. But to create true living-systems good, it is necessary to understand how that specific Lifeshed works, as well as how the community and economy there work and can be made healthy based on their uniqueness.

Entities might include a supplier, a child in a school, or even a village. Merida Meridian, makers of exquisitely designed natural floor coverings, works with its suppliers to grow their businesses by marketing their weaving skills to other companies. This has created stronger villages and stronger bonds within villages and has helped maintain traditional economic and cultural lifestyles, which in turn has benefited Merida by fostering its producers’ creativity and productivity.

4. Build capability where it is needed rather than give money to ameliorate lack of capability.

This again supports Merida, but the villages are thriving as a result and building more secure futures. This goes beyond donating fish or teaching people to fish, all the way to creating a whole, healthy Lifeshed for fish, rivers, people, and all the other beings inter-living with them.