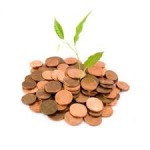 By Carol Sanford on January 7, 2011 in Impact Investing

The New York Times reports that, “Micro lending is losing its halo in many countries”. It was the darling of the economic development world and its greatest advocate won a Nobel Prize.  The idea is excellent and is still working in many places. But there are two challenges that are often not taking into account when setting up the communities of small entrepreneurs using such credit. Understanding the whole of what it takes to succeed is important.

VIKAS BAJAJ’ s article details how, “Microcredit was once extolled by world leaders like Bill Clinton and Tony Blair as a powerful tool that could help eliminate poverty, through loans as small as $50 to cowherds, basket weavers and other poor people for starting or expanding businesses. But now microloans have prompted political hostility in Bangladesh, India, Nicaragua and other developing countries.”

“In December, the prime minister of Bangladesh, Sheik Hasina Wazed, who had championed microloans alongside President Clinton at talks in Washington in 1997, turned her back on them.” Even, the Grameen Bank, which had pioneered microcredit and, with its founder, Muhammad Yunus shared the Nobel Prize awarded in 2006, was cited as falling short.

“The hostility toward microfinance is a sharp reversal from the praise and good will that politicians, social workers and bankers showered on the sector in the last decade. Philanthropists and investors poured billions of dollars into nonprofit and profit-making microlenders, who were considered vital players in achieving the United Nations’ ambitious Millennium Development Goals for 2015 that world leaders set in 2000. One of the goals was to reduce by half the number of people in extreme poverty.” Why are they falling short. It is not a simple answer but there are some clues.

Capability to be an entrepreneur, to run a successful venture, is not just about a good idea, an identified need and a set of financial skills. Micro lending is most often focused on building the capability to save money and then next to invest in a business. So financial skills become stronger in the current model. But they are often not accompanied by business skills of connecting with customers, suppliers or even problem solving when difficulties arise.

Gianna, a small US based business importing home and personal goods made by women in third world counties using microloans, has found two keys to success with her suppliers.  The first is working with the distinctive culture products and goods that have a story to go with them. People connect with the story. Secondly, they work as coops that are supported by not-for-profits in building business skills, which go beyond financial skills. As a result, Gianna, spends time with the women in their businesses to build a broader base of skills.

The second characteristic for success is the need to embed the small venture into a larger developmental economies process. Developmental Economies work from a discovery the uniqueness of a region and build business based on that uniqueness. For example, in Northern New Mexico, farming has been a commodity practice. But when coupled with the Hispanic and Native American heritage, very small farmers are starting to create a value-adding set of products. That is, they can add meaningful value that is unique and sought after. There is also an on-going community supporting the building of entrepreneurial based offerings built on the uniqueness of a place. It starts to create a Brand for a region.

When small entrepreneurs try to get beyond basic staples they can sell to their neighbors, they are confronted with knowledge and experience voids. Working with whole communities to establish success increases the success of each entrepreneur.

And finally, the development of responsible lending principles is critical. This can be done in conjunction with larger lending organizations, which often support the smaller organizations and even larger businesses in the area. Businesses who are buying from a region, such as DuPont, have considered the development of local businesses to be part of their work as a Responsible Business. The work to support the development of principles with local lending agencies as well as to build the capability of entrepreneurs, even beyond anyone who supplies them. It builds strong communities, which is important for their own supplier relationships to be stable.