In Business and Sustainability Leadership: Is Fiction a Good Way to Teach Business Lessons? 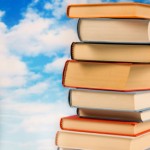 Steve Denning wrote a wonderful blog this week on the power of story-telling for use in change. He points out that “the power of storytelling rests on people-centered values. By contrast, the values of the traditional organization are related to things: making money, maximizing efficiency, exploiting people as “human resources” and enhancing the bottom line. Joining storytelling to the drivers of the It’s like mixing oil and water. They don’t go together.”

He continues. “Moreover storytelling is a double-edged sword. Storytelling is a powerful communication tool that can be used to inspire people to embrace strange new ideas. But in the process, storytelling reveals very clearly the nature of those ideas. So if the ideas are unattractive or even unethical, storytelling will reveal that more powerfully than the meaning that the storyteller is hoping to convey.

In effect, as often happens in leadership storytelling, the story that the listeners hear will end up being very different from the story that the leaders imagine themselves to be telling.” Steve points out that many business people are uncomfortable with story-telling and it may be based for many on this power to bring about change and interpretation may be independent of the message sent.

I have recently read two new business books that are written as stories. One is CSR for HR by Elaine Cohen. Cohen chooses two fictional women managers and leads us through their experience of coming to understand how Corporate Social Responsibility (CSR) is much more powerful when it is seen as the work on everyone in the organization. This seems so obvious that we wonder why you needed to write a book about it. But as Cohen makes clear, most organizations see it as a role of management to set up the CSR goals and to accomplish them through a few management acts and not to involve most of the organization in making it part of their daily work.

CSR for HR is primarily a workbook with guidelines on how to reinvent your HR programs to embed CSR. If fact is really how to book with the method of conveying it being quasi-fictional rather than a straight-forward how-to book. Why bother. I will come back to that. . We will look at this book in more detail in a book review on Wednesday.

The other is called Uncommon Sense’ One CEO’s Tale of Getting in Sync, by Andy Kanefeld and Mark Powers. In format, it is identical to Cohen’s book but the subject matter is different. It is a story of a hypothetical business that decides to become better at running a business. It is a how-to management workbook told in the format of a story. Every chapter shifts from the story into the manual format with questions posed that any team can asked itself just as the fictional characters have done. Its message is one that follows a straightforward pattern of asking questions such as “what is our purpose, what makes us different, what nature of culture is needed to carry these out”. The book itself makes it possible for any organization to have a simple way to do a business plan and understand itself better through the dialogue.

This genre of business books goes back at least to The Goal: A Process of Ongoing Improvement by Eliyahu M. Goldratt. And very recently, we have the wildly popular books by Patrick Lencioni, in which teams and organizations learn  what good practices are based on a simple story in a simple business. Again, they are not offering revolutionary ideas, but rather a simple way to grasp them. A good use of story-telling.

But story telling is not always so benign. When in college, I was mesmerized by Ayn Rand’s Atlas Shrugged, which Alan Greenspan claims is how he built his economic philosophy. It was violent and well told. It was filled with power and winning against great odds. It inspired and enthralled. Steve Denning’s ‘warning’ that stories are value-based becomes very important here. The primary reason I see is much of modern business is driven by the values that Ayn Rand’s series of articles with a deep and strong demand for a view of freedom that has ruthless elitism at its base. “Objectivism.” In its essence is “the concept of man as a heroic being, with his own happiness as the moral purpose of his life, with productive achievement as his noblest activity, and reason as his only absolute.”[93]And it is not only Alan Greenspan who adopted the message, mostly by reading the novels as he says. It is the refrain of many leaders who head businesses and financial institutions that lead to the recent crisis. The alternative approaches to business that Steve Denning and my book, The Responsible Business, might be seen as a contrast to Rand’s philosophy.

Story telling is not neutral but easily sways emotions, as Denning says. I think it is important when reading a fictionalized business book, to spend time reflecting on the underlying messages in the book and what it implies for a philosophy of life, as well as a philosophy of business.