Why Imaging is More Responsible than Visioning 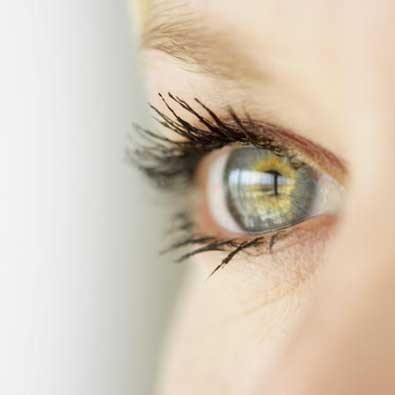 Last week Umair Haque asked via Twitter, “Why is it that people do not seem to care about other than themselves?”

In our world greed runs amok in financial institutions, businesses ignore their impacts on Earth and the people they affect, and economic systems create  increasingly larger gaps between the haves and have nots. How can we create a healthy planet, societies, and economies if we don’t care for more than ourselves? Umair’s is an urgent question, one we must answer. Why don’t we care?

My answer: I think we are taught not to care by many of the very people and seemingly simple processes that shape our institutions, from family and school to work and governance. I will explain using one of the hundreds of processes I see that propagate solipsism, the ultimate self-centered worldview. Solipsism is the experience of oneself as the only correct interpreter of reality, which usually results in an unexamined belief that the world revolves around “oneself alone.”

Intentions and aspirations are high within the sustainability movement and at the democratic workplace. Yet many of the practices used to pursue sustainability and democracy come from the old school, where the problems originated in the first place. These movements are, in fact, taking the train in the wrong direction, away from responsibility instead of toward it.

I find examples of going in the wrong direction everywhere in business, from strategic planning to the ways people are trained. In modern corporations, most of the approaches to working with people are irresponsibly promoting solipsism. But who knew? My example is the popular practice of creating visions, a process that has the unintended consequence of conditioning people not to care—and further, of blinding them to the negative effects they have on other communities beyond their own and forms beyond human.

The Irresponsibility in Visioning

In meeting rooms and off-site retreats everywhere, there is a move to engage in visioning. “We need a vision!” Visioning is a large part of many strategy sessions and teams commonly use it when they are seeking better ways to operate. Visioning serves as the precursor to developing purposes that can guide work.

So how can I dare to be sacrilegious and suggest that visioning is something we should do less of? I share the intention out of which the idea is generated. We use visioning as a way to get imaginations working and creativity flowing. It is often used to develop alignment across groups and teams. It is also used to creating a compelling pursuit.

Without doubt, visioning can do this. Scientific research backs it up with a straightforward explanation. When the mind sees something it feels is real, even when it is only imagined and especially when it is a pleasant or exciting idea, there is a strong pull to go toward it. This is one reason why prophecies are self-fulfilling. We believe something is true, so we make it true.

I learned this when I was about twelve. I wanted a bicycle with all my heart but my family did not have the money to buy one. I had a crazy aunt who did what she called “a vision creation thing” with me. She had me envision myself on that bike, what I looked like riding it, how it felt to push the pedals, the whole bike, down to its color and the bell on its handlebar.

This had an effect that I will never forget. I immediately found small jobs and saved every penny I made. I sold anything worth anything to anyone who would buy it. All this went into a savings account that my mother opened. The image of the bike stayed alive in my head and my drive to get it was attached to that image. It worked. I bought a bike less than 18 months later.

What we conjure in our imaginations will draw us. But that is also the problem. Whether a vision starts with our individual, personal desire or with the desire for world peace, we produce an equally compelling pull. Whether is it healthy for us and our family or unhealthy for one and all, it has the same effect. It draws us. Visioning is both the source of greed and selfishness and the source of philanthropy. It is undergirded by dogma and history and most of it is anthropomorphic.  It revolves around a human-centered and often a self-centered view of life.

Even centered on all of human life, visioning does not arise from an understanding of humans within larger systems. Instead it isolates us from Earth and community. We think of ourselves as units in static environments, not as living entities in living ecosystems. Visioning sessions are imbued with this anthropomorphic experience of the world, usually based on only the most limited view of humans, how we work, and what makes us healthy. This is not always, but it is far too often. This is one of the core reasons we are so destructive to the world and others around us. Visioning fosters this effect.

I suggest that we rethink how we achieve alignment within teams and from teams to the wholes of which they are parts. There is a power in the mind to be imaginative and creative without limit—without selfishness and solipsism—but it must be developed by a different process than visioning.

Imaging is not often used and that is a shame because it is what gives us the ability to understand how life really works. For example, how does a wetland work when it is healthy and vital? We can only answer this question by understanding through imaging—not by “ima-gin-ing”, which is making up ideas pretty much within our own minds. Imaging means to formulate an image, to put our mind to work to try to see how something is—not what it could be, what it is. Imaging is the stuff of science. It answers the big, important questions, such as, how does human motivation work? How does planetary climate work?

In contrast, pick up something as simple as a marker used to write on a white board. From the outside, you can see only so much of it. You can see parts and pieces, but you can’t see how it works, how the parts and pieces interact to smoothly, cleanly, and clearly make a mark on a board. This “work” of the marker is the living interaction between it and the person using it. The marker is part of a living system.

One of my favorite “imaging” stories took place in Costa Rica. After a legal battle was lost to stop the clear-cutting of a forest, an NGO brought together a planning team to create alignment among the local community on what to do next. How would they rebuild the forest? The effort was urgently necessary, as otherwise thin soils would soon erode and the land would become desert. After a series of visioning conversations, the team came up with a fairly simple but expensive plan that included hiring several hundred people to plant seedlings.

When the plan was presented to the community, laughter broke out. From the back of the yard an elder, named Carlos of course, shouted in Spanish at the English speaking contractor, “Let the birds do it.” This took some time to understand but it became clear through imaging the ways a forest works. A forest starts with birds.

The story that Carlos told led the team to fashion cups from shells, fill them with seeds, and get out of the way. Birds by the dozens ate the seeds, passed them through their alimentary canals, and deposited thousands of them wrapped in dense “nutrient bundles” across the bare acreage. The result was a forest that was up and flourishing in less than one third the time the human planted forest would have taken—at a cost of less than 10 percent of hiring hundreds of people to grow and plant seedlings. Among the community and the planning team, this produced a great sense of satisfaction. They had worked together with nature, rather than against her.

Imaging is a powerful process. In this story, it changed the work of reforestation by creating a felt sense and deep understanding of how a forest ecosystem does its work. This resulted in the “miracle” of a rapidly regenerated, vibrantly healthy, natural forest where otherwise an artificial plantation or a desert were the more likely effects of clear-cutting. Or a slow restoration that was not attuned to how nature grows a forest.